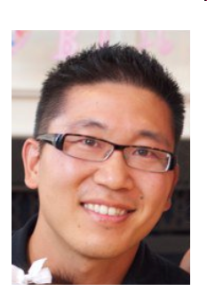 My name is Thomas Ro and I was a Math Facilitator with a keen interest in teaching math through problem solving and effectively integrating technology in the math classroom. In my role as a math facilitator, I saw many commonalities between the mathematical processes and 21st century skills and became more interested in how these fluencies (creative, collaborative, solution, media, information) could be effectively embedded into to classroom practice to increase student engagment, equity, and achievement. I soon began to realize that there exists a misperception in the classroom that learning is a one way street and knowledge and skills comes directly from the teacher and the students are there to be educated. This misperception exists because most teachers were taught this way and that their teachers’ teachers were taught this way. I also realized that this misperception of learning needs to change, not just in the math classroom but in every classroom.

My so called “epiphany” led me to become a Consultant for my school board in the 21st Century Fluencies Department. I now have a new mission that just doesn’t involve learning math but learning in general. My new mission is to create an awareness of the 21st century fluencies and create a new perception of learning in the classroom. A perception where students are active participants and co-creators of their learning. A perception that moves away from the factory model of education and toward a community model.

I have created this blog to improve my reflective practice as a professional and encourage others to join the conversation and take part in the sharing and learning.

9 thoughts on “About Me”